KUALA LUMPUR — The DAP has urged Penang Chief Minister II Professor Dr P. Ramasamy to explain to the party the allegations connecting him to the Liberation Tigers of Tamil Eelam (LTTE) in Sri Lanka.

National DAP Chairman Chow Kon Yeow said the party would look at the explanation but did not elaboration what what further action would be taken.

Chow who is also Penang Chief Minister said it was proper that Ramasamy himself explain the issue as it is understood he was previously active in the peace mission to Sri Lanka in his capacity as an academician.

Ramasamy was reported to have shared a photograph of him taken with an LTTE member known as Vaiko or V. Gopalasamy.

According to information on the photograph which was uploaded on Ramasamy’s Facebook account, Vaiko was in Penang for a wedding. 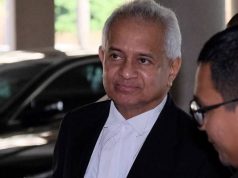 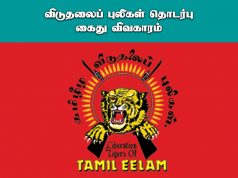 Dec 12 for mention of LTTE cases of Arivainthan and Balamurugan