Washington  – US President Barack Obama told Russian President Vladimir Putin to “cut it out” after Russian hackers breached email systems at the Democratic Party in an attempt to influence the election.

Obama defended how his administration managed the hacks, saying it had been handled “the way it should have been handled.”

Speaking at his year-end press conference on Friday, Obama said he raised the issued directly with Putin when the leaders met on the sidelines of the Group of 20 summit in China in September. He said that he told Putin “to cut it out or there were going to be some serious consequences if he didn’t.”

Obama made the remarks amid reports that the FBI concurs with a CIA assessment that the hacking was intended to sway the election in favour of Republican Donald Trump. Trump himself has cast doubt on Russian involvement, asking Thursday on Twitter: “If Russia, or some other entity, was hacking, why did the White House wait so long to act?”

Trump’s opponent, Hillary Clinton, told supporters at a private event that Putin had acted out of personal animosity against her. “Vladimir Putin himself directed the covert cyber attacks against our electoral system, against our democracy, apparently because he has a personal beef against me,” Clinton said, according to audio of an event obtained by the New York Times.

Obama would not say directly whether he also believes Putin was directly involved, pointing to an ongoing investigation he has ordered. However, Obama noted, “not much happens in Russia without Vladimir Putin” and urged reporters to consider whether high-level Russians officials would attempt to tamper in US elections without the knowledge of the president.

But Obama assured voters that despite Russian propoganda, he could verify that the voting itself had been free of foreign interference without hacked voting machines or ballot stuffing. The US was vulnerable to Russian involvement in part because of the poisonous partisan atmosphere across the country that left many open to believing fake news, he said.

Obama did not detail what kind of action the US planned to take in retaliation, but noted that Russia was already under significant sanctions for its involvement in Ukraine and Syria.

“That does not mean we are not going to respond,” he said. His principle goal in the days after the hacking became known was to ensure the integrity of the vote, as he also sought to avoid the appearance of using intelligence to influence the political process, he said.

Russian hackers accessed the email of the Democratic National Committee and top party officials, including Clinton’s campaign chairman, John Podesta. The emails were published by WikiLeaks in the months leading up to the November elections.

US intelligence officials in October pinned the hacking on the Russian government. Media reports this month said the CIA had concluded the Russians intended to help Trump win the election.

Trump’s team has dismissed discussion of the issue as an effort to delegitimize his win, but Obama said it would be wise for them to support a full, nonpartisan investigation. 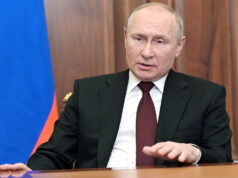 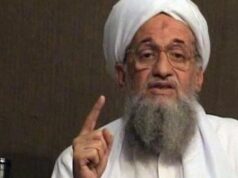