(We reproduce the article below written and posted by Shashi Tharoor on 24 May 2018 on Malaysian election. Shashi Tharoor was former Assistant Secretary General of United Nations and former Minister of State for External Affairs and Human Resources under the Congress government. Shashi is currently serving as the member of Parliament for Thiruvananthapuram, Kerala, India)

As an Indian and a democrat – and as an opposition politician also facing a seemingly un-vanquishable foe in power, and looking to unity and popular support to bring about change – I can only wish the new coalition government in Malaysia well.

Visiting Malaysia this week, as I have done, is to be transported in time to the New Delhi of March and April 1977, when the invincible Congress Party, after ruling India uninterruptedly for thirty years, was ousted at the polls. There is the same heady atmosphere all around, the same giddy exuberance at the dramatically transformed political reality, the same sense that, now that this election result has happened, anything is possible.

People spoke back then of a “Second Independence Day”, a moment of national liberation; I heard the same words in Kuala Lumpur this week. Another similarity was that the party that had won the nation its independence from the colonial overlords, and had seemed to embody the spirit of the nation, had been seen as having ruled too long. In 1977 in India as in 2018 in Malaysia, former stalwarts of the ancient regime, now turned democratic insurgents, were hailed as reborn avatars come to make up for past sins: what Morarji Desai and Jagjivan Ram were in the India of 1977, Mahathir Mohamed and Anwar Ibrahim are in the Malaysia of 2018. 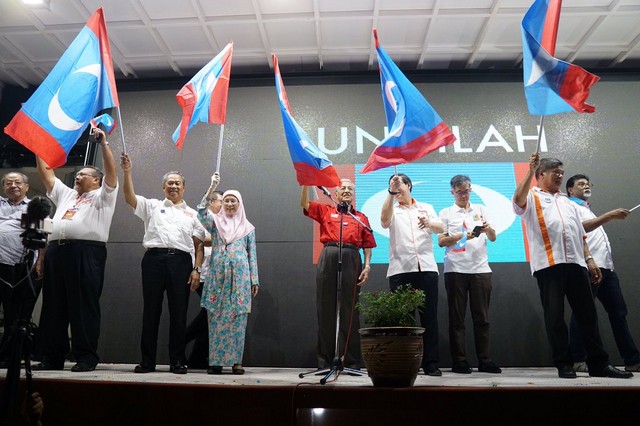 Back then as well, those who were silent suddenly found their voices, and claimed to have been critics all along. Just like now, the motley opposition parties had united back then as one to defeat a hated foe. Then, too, it was impossible to find anyone prepared to say a good word for the defeated government and its tarnished leader.

The same talk of revenge is in the air, again couched as justly deserved punishment for the leader’s sins.

There are differences, of course, but only of degree. The Congress had been in power for 30 years, the Malaysian Barisan Nasional (National Front) had ruled for 60. Both had seemed invincible, permanently destined to reign. Morarji Desai was a former Deputy Prime Minister, who had been out of national office for a decade; Mahathir was a former Prime Minister, out of power for 16 years. Jagjivan Ram’s was a last-minute defection, announced after the elections were called; Anwar had been ousted from the cabinet twenty years earlier and been jailed for the last ten. The essence of the change was, however, the same: the people had revolted, they had found credible leaders to represent their hopes, and they had brought about dramatic and transformative change, peacefully, through the ballot-box.

An Indian of my vintage can be forgiven for saying: I’ve seen this movie before.

And of course, it didn’t end the way the happy celebrants of Kuala Lumpur would like to hear. With the hated foe defeated, it took only two years for the contradictions within the victorious new Janata coalition to break it apart; in less than three, the vanquished party was back in office, the election of 1977 seen as an aberration. That’s not the movie script the winners in Malaysia want to hear.

And yet they face similar challenges. The party with the most seats in the victorious coalition, Anwar Ibrahim’s PKR, has only two Cabinet Ministers; the plum portfolios have been allocated to others by the coalition leader, Mahathir bin Mohamed, Prime Minister for 22 years (1981-2003) and now, at 92, the world’s oldest elected leader. Anwar himself, newly pardoned and eligible to run for office immediately, is widely seen as Prime Minister-in-waiting, but Mahathir speaks of running the country for two years to set it right before handing over to him. Two years, as any Indian can tell him, is a long time in coalition politics. And it was Mahathir who had first ousted and jailed his Deputy, Anwar, nearly two decades ago.

Malaysia has many things in common with India – a multi-religious, plural society, with some rising strains of intolerance; an empowered elite, with a cosmopolitan sensibility and a global outlook, seeking to transform a society still largely rural and traditional; a democratic system that, for all its flaws and manipulability, largely works. There is genuine interest in, and awareness of, India in this country, great respect for our democratic example, and increasing concern about reports of mounting intolerance.

Two former Deputy Prime Ministers in the old Barisan Nasional governments are now members of the victorious opposition coalition. I met them both: Muhyiddin bin Yassin, now the new Home Minister, and Anwar Ibrahim, who I had known in my UN days, and who, in the midst of his triumph, release and resurrection, generously gave me 50 minutes of his time, and his undivided attention. Both are aware of the challenges confronting them; both are determined to overcome the inevitable problems and make the future work.

I was amazed to see how ten years of jail has failed to break Anwar’s spirit, how he radiates calmness and patience along with a lively energy, and how he seems prepared for the long haul. To launch into a punishing schedule, receiving visitors from around the country and the world, so soon after his release, and to do so in a relaxed and good-natured way, speaks volumes for the man and his self-belief. His associates, partners and coalition allies have not always been fair or kind to him in the past. Yet he knows that this is a time to forget old wounds, not dwell on them. He realizes how easily division can lead to defeat again: the lessons of 1977 are not lost on him. He can only hope they will be learned by his allies as well.

As an Indian and a democrat – and as an opposition politician also facing a seemingly unvanquishable foe in power, and looking to unity and popular support to bring about change – I can only wish them well.

(Dr Shashi Tharoor is a Member of Parliament for Thiruvananthapuram and former MoS for External Affairs and HRD. He served the UN as an administrator and peacekeeper for three decades. He studied history at St. Stephen’s College, Delhi University, and International Relations at Tufts University. Tharoor has authored 17 books, both fiction and non-fiction; his most recent book is ‘Why I am a Hindu’. Follow him on Twitter @ShashiTharoor) 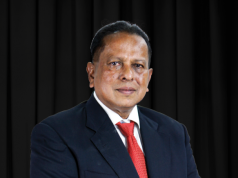 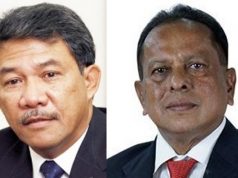 Sept 3 : Hearing of submissions on Dr Streram’s suit against EC