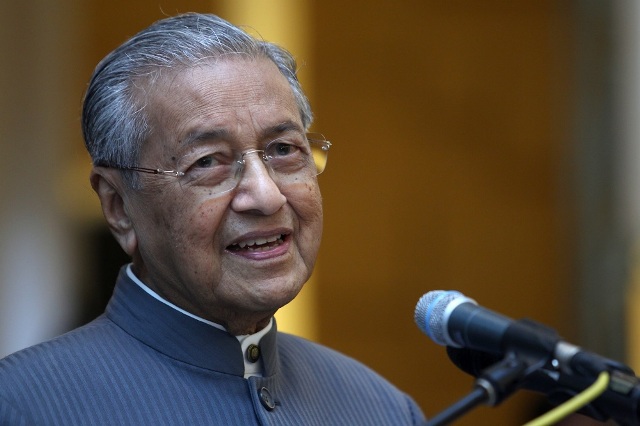 PETALING JAYA — Parti Pribumi Bersatu Malaysia (Bersatu) is confident that it has a good chance of retaining the Semenyih state seat in the by-election scheduled for March 2.

“However, we have to remember that there may be more than two parties contesting, so the Malay votes might split.

“Of course that can be very bad for some parties, but based on our assessment we’re convinced that we still have a good chance of winning,” he said after chairing a Bersatu meeting here today.

The by-election is being called following the death of incumbent Bakhtiar Mohd Nor on Jan 11.

Nomination is set on Feb 16, while early voting on Feb 26.

Selangor Pakatan Harapan (PH) chairman Amirudin Shari had reportedly said that the coalition would stick to its earlier decision that Bersatu should field its candidate at the by-election to retain the seat.

Meanwhile, Dr Mahathir, who is also PH chairman, said the meeting also discussed the current political situation in the country and the public perception of the government.

“The government administration is running well despite a little misunderstanding and misinterpretation by the media,” he said.

In another development, the prime minister said his remarks criticising Israeli’s atrocities against the Palestinians had received support from several Muslim world leaders.

“I think a number of them were very happy with our statement and action. I’ve had some conversation with some leaders and they’ve expressed happiness over our stand and support us,” he said.

Malaysia is standing firm on its decision to ban Israeli athletes from taking part in the 2019 World Para Swimming Championships, resulting in the country being stripped of the right to host the event scheduled for July 29-Aug 4 in Kuching.