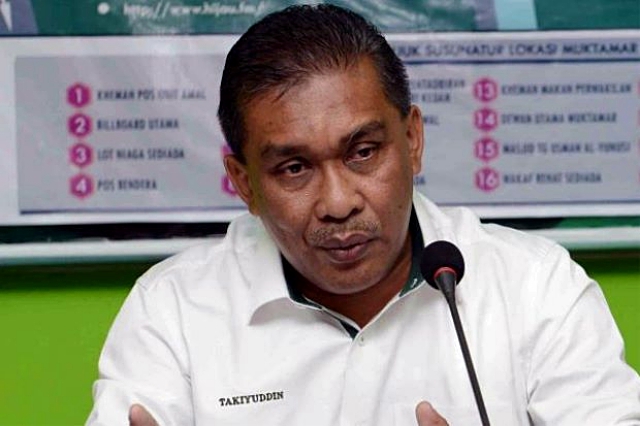 PUTRAJAYA: PAS secretary-general Datuk Takiyuddin Hassan has been called up to the Malaysian Anti-Corruption Commission (MACC) headquarters here today to assist the commission’s investigation on an allegation that the party had received RM90 million suspected to be money from the 1Malaysia Development Berhad (1MDB) state investment fund.

According to a MACC source, Takiyuddin arrived there at about 9.20 am.

Last Feb 24, MACC Chief Commissioner Datuk Seri Shukri Abdull was reported to have said that the commission had not traced any transactions on the RM90 million from 1MDB  into PAS’ bank account.

The issue of PAS receiving money from UMNO resurfaced when PAS president Datuk Seri Hadi Awang decided on Feb 1 to finalise the out-of-court settlement by withdrawing his suit against Sarawak Report (SR) editor, Clare Rewcastle Brown, concerning the article which contained the allegation.