The nomination for the by-election in the state seat will be held for one hour from 9 am tomorrow at the multipurpose hall of Sekolah Jenis Kebangsaan (C) Bandar Sri Sendayan here before returning officer Mohd Nizam Tajul Arus who will announce the candidates.

The by-election has been necessitated by the Federal Court dismissal of an appeal filed by Mohamad to set aside the Nov 16 Seremban Election Court decision declaring his unopposed victory in the 14th general election (GE14) null and void.

In GE14, Mohamad was declared the winner of the seat for Barisan Nasional (BN) after Dr Streram, an anaesthetist, the potential Pakatan Harapan (PH) candidate, was prohibited from entering the nomination centre to submit his nomination papers because he did not have a pass issued by the EC.

As of now, both Mohamad and Dr Streram have expressed their desire to contest the by-election, for BN and PH, respectively. Polling is on April 13 and early voting on April 9.

Rantau is one of the 36 seats in the Negeri Sembilan state legislative assembly. PH now holds 20 of the seats and BN, 15.

Election Commission (EC) chairman Azhar Azizan Harun today came out with the usual reminder to all potential candidates and political parties on the dos and don’ts of the by-election.

He said in a statement that they must comply with the election rules and regulations and ethics throughout the campaign period, from after nomination tomorrow to 11.59 pm on April 12.

Azhar Azizan said any campaign activity such as hosting feasts and giving gifts in cash or kind to influence the voters is an offence under the Election Offences Act 1954.

He also said that any action or statement which prohibits a voter from exercising his or her right to vote independently is an offence as well.

Azhar Azizan advised those campaigning to do so in accordance with the ethics so as to maintain harmony among the people.

“They must always adhere to the instructions of the authorities, especially the EC, Malaysian Anti-Corruption Commission (MACC) and the police. Anyone with information on the violation of election rules is advised to report to the relevant authorities,” he said. 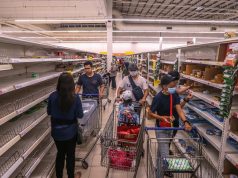 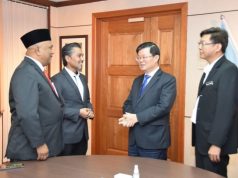 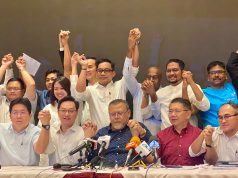