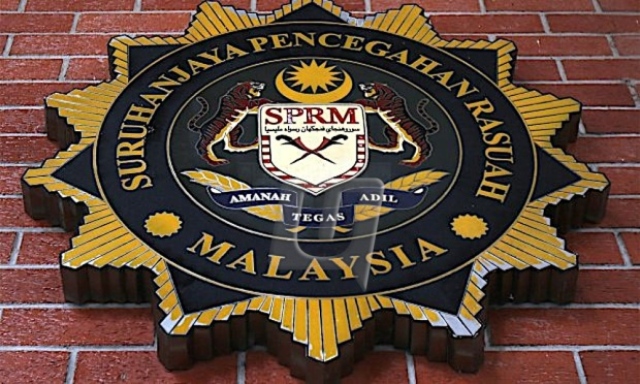 PUTRAJAYA — Another suspect with the title ‘Datuk Seri’ has been remanded for four days from today over a probe into suspected corruption involving a project worth RM17 million to supply equipment for armoured military vehicles.

The remand order on the 30-year-old man was issued by Magistrate Shah Wira Abdul Halim upon application from the Malaysian Anti-Corruption Commission (MACC).

The suspect, who is the owner of the company which supplies equipment for armoured military vehicles, was arrested at 11 pm on Sunday after he came to the MACC headquarters here to give his statement.

The arrest brings the total to three individuals remanded so far in connection with this case.

Prior to this, two individuals namely a chief executive officer (CEO) and a female chief financial officer (CFO) of a private company were remanded for the same case.

It was reported that the CEO with the title ‘Datuk’, and the CFO, were suspected of receiving bribes amounting to hundreds of thousands from several companies for the supply of equipment for the AV8 and Adnan armoured carrier vehicles between 2015 and 2017.

According to sources, MACC had also seized several luxury handbags and foreign currencies at the CFO’s house.