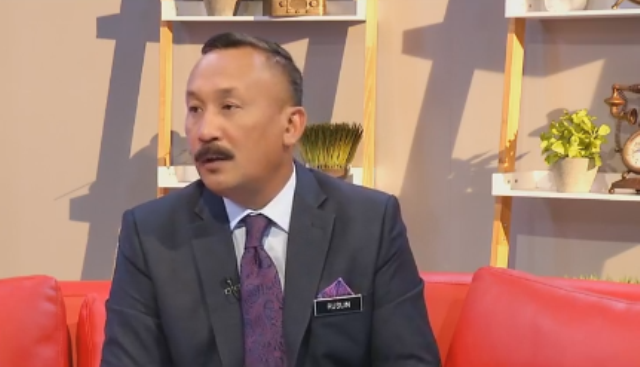 Its director-general Datuk Ruslin Jusoh (pic) said the report which was lodged at the Putrajaya District Police Station would allow investigations to be carried out as allegations made on the social media had caused the public to worry about the department’s transparency and integrity.

He said the NRD viewed the matter seriously as the issue of Chinese nationals who possessed the MyKad identification cards had gone viral on the social media despite the department’s clarification, causing confusion among the public.

”The NRD issued a statement several days ago to clear the confusion, but further action must be taken about the claims.

“The accusations and information which went viral are totally untrue and we want the authorities to investigate the parties responsible for making those claims,” he said in a press conference here today.

Ruslin said the Chinese woman who was in the viral message was the wife of a Malaysian man and obtained citizenship in September 2017 under Article 15(1) of the Federal Constitution.

He said they were legally married under Malaysian law about 20 years ago and the woman had a permanent resident’s identity card (MyPR).

Commenting on a photograph which went viral which showed five Chinese national men holding  MyKad identification cards, Ruslin said this was a case of falsifying documents in 2015 in which the Malaysian Anti-Corruption Commission had taken action.

He said the NRD will be contacting the Communications and Multimedia Commission to identify the owners of the Facebook and Twitter accounts who actively spread the allegations, as a step to stop the issue from being spread so as to confuse the confuse the public further.

However, Ruslin refused to say whether there was a motive behind the spread of the messages by certain parties who wanted to use the NRD.

He said what was important to the NRD was to ensure decisions made in citizenship awards were based on the National Registration Act and the Federal Constitution.