BEIJING: Hong Kong is a part of China “no matter what happens” in the weekend’s community-level elections of the semi-autonomous city, Petra news agency quoted Chinese Foreign Minister Wang Yi as saying on Monday.

“Any attempt to mess up Hong Kong, or even damage its prosperity and stability, will not succeed,” Wang told reporters after he met with Japanese Prime Minister, Shinzo Abe, in Tokyo.

Hundreds of Hong Kong voters lined up at some polling stations on Sunday, to cast their ballots in local elections held after almost six months of unrest in the Chinese-ruled city. 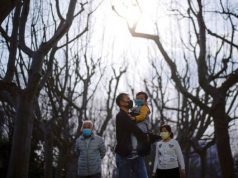