Ramli, accompanied by five dancers from his Kuala Lumpur-based Sutra Foundation, will be performing in Chandigarh on Sunday, followed performances in Chennai and Puducherry in January.

His “Glorious Passages” performance of Odissi dance on Friday was part of a festival organised by Debadhara organisation and attended by an appreciative audience.

“This festival was the main reason for coming here as I wanted to expose Sutra’s young artistes to India as the centre of dancing. They have not performed much in India, so I would like to project them at such events,” Ramli told Bernama.

With four decades of performances, Ramli is a well-known figure in the classical dance and music circles, but some audience members reacted with disbelief that the Malaysia-based young artistes were so accomplished in the Indian dance forms.

Ramli and his team will be back in the Indian capital for another show on Jan 1 after their event in Chandigarh.

They will be joined by seven more Sutra Foundation artistes for the Chennai and Puducherry shows.

“It will be our biggest event in Chennai and an opportunity to showcase Ganjam, which has been so successful. We have not performed Ganjam in south India,” Ramli said.

The Odissi dance show Ganjam is inspired by the cultural heritage of the Ganjam district of the eastern Indian state of Odisha.

Ramli Ibrahim to perform in 7 Indian cities in May 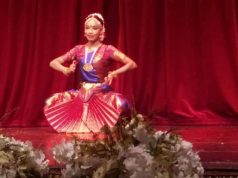