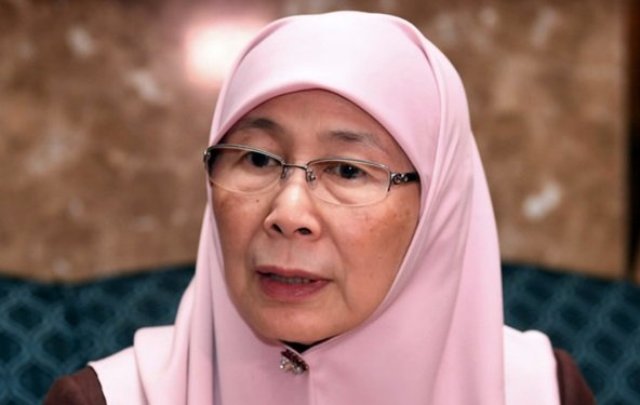 PUTRAJAYA: The National Strategic Plan to Address the Causes of Underage Marriage has been launched today in efforts to curb the problems at the grassroots level.

Deputy Prime Minister Datuk Seri Dr Wan Azizah, who launched the plan, said it encompassed seven objectives, 17 strategies and 58 programmes to address these causes in the next five years.

Speaking to the media after the launch, Dr Wan Azizah, who is also the Minister of Women, Family and Community Development, said the government had identified six major causes of underage marriage.

“These causes will be addressed through policy changes, to amend the relevant laws and the implementation of awareness programmes and activities,” she said, adding that 61 agencies would be involved as implementing agencies for the short, medium and long-term programmes.

Among the six causes identified are poverty; lack or no access to reproductive health education; lack of access to education and society’s stigma that marriage is the best choice to solve problems.

The programmes were formulated with aims, among others, to strengthen support to the existing socio-economic and ‘outreach’ programmes; to provide friendly reproductive health services for children and teenagers and to offer Technical Vocational Education and Training (TVET), she said.

Dr Wan Azizah said the steering committee, comprised all the implementing agencies, has been set up to oversee the implementation and development of the programmes under the plan.

“It (committee) serves as a platform for the implementing agencies to report on the status, issues and challenges as well as suggestions for improvements for each programme that is being implemented, and it will take effect throughout the duration of implementation of the plan until its completion in 2025,” she said.

Dr Wan Azizah said the issue of minors should be addressed holistically and that the strategic plan is urgently needed while awaiting changes in the legal aspects.

“We believe that if these causes can be addressed, then the problem of underage marriages can be prevented in the future.

Meanwhile, Fuziah said the Syariah Judiciary Department has developed more stringent standard operating procedures (SOPs) for marriage applications which required the applications to be heard in the Syariah High Court.

“This is because we find that the (Syariah High Court) judges are more experienced in handling such application that will take into consideration on issues including poverty, the child’s reproductive health and whether the child is willing to accept the responsibility,” she said.

Meanwhile, Yeoh said under the plan, provisions of the related laws would be taken into account.

“We have four different groups of girls and boys that we have to pay attention to. That’s why we have this road map to put all agencies on the same level,” Yeoh said.