KUALA LUMPUR — Some 62,000 My30 unlimited travel passes have been sold to public transport users since it was launched on June 15, said Finance Minister Datuk Seri Tengku Zafrul Abdul Aziz.

He said, in the past two weeks, the ridership on public transportation has gradually increased by 40 per cent compared to before the Movement Control Order (MCO).

“The government hopes that with the full passenger capacity allowed in the rail services, since June 11, more people will use it. This number is expected to rise with the gradual school reopening,” he told reporters after a working visit to Prasarana Malaysia Berhad headquarters here on Sunday (June 28). 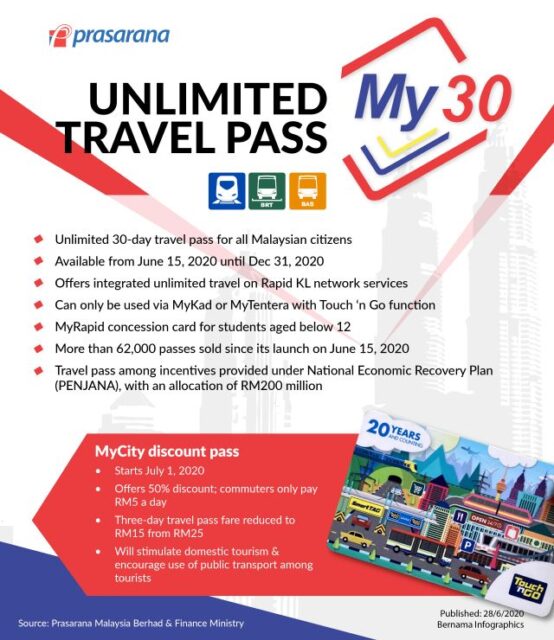 Tengku Zafrul said the encouraging response indirectly showed an increase in the mobility of the people, which will in turn stimulate the reopening of businesses and boost the economy.

Meanwhile, Prasarana chief operating officer Muhammad Nizam Alias ​​said they would be introducing a new discount pass on Wednesday to encourage the use of public transport among tourists and non-holders of My30 pass.

The MyCity pass is offered at a 50 per cent discount for one-day and three-day travel fare at RM5 and RM15 respectively. 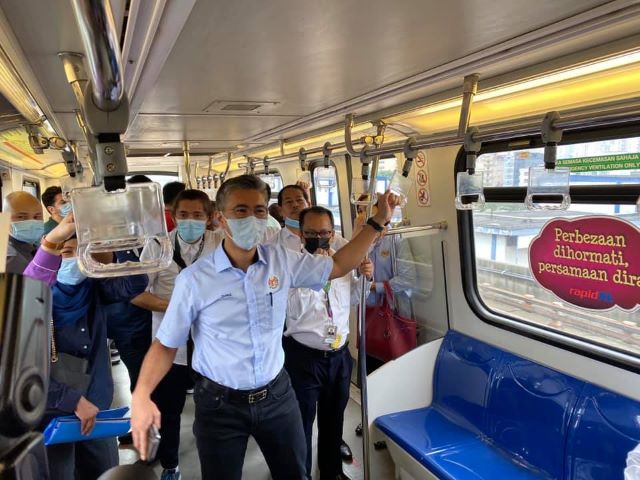 “The discount is aimed at those who rarely use public transportation, perhaps only during weekends, hence, the My30 pass may not be suitable for them. Thus, this one-day pass and three-day MyCity pass might be handy,” he said.

On the current status of the LRT3 project, Muhammad Nizam said the construction has been resumed after it was halted during MCO.

He said, as of March, the project is 30 per cent completed.