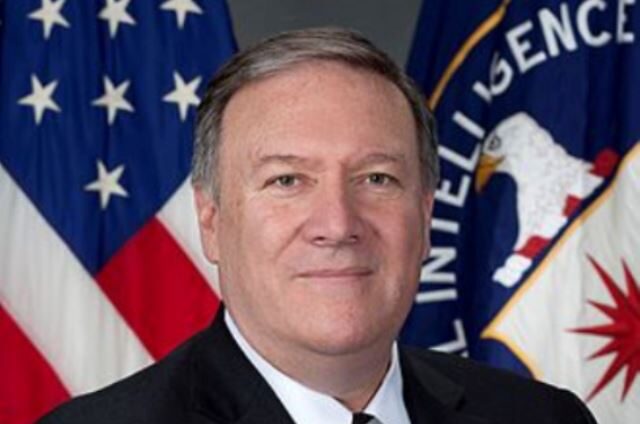 WASHINGTON : The US rejected Monday nearly all of China’s maritime claims in the South China Sea, calling them “unlawful” in a move that is almost certain to further strain already tense bilateral relations, reported Anadolu Agency.

Secretary of State Mike Pompeo lambasted China in announcing Washington’s policy change, saying Beijing’s “claims to offshore resources across most of the South China Sea are completely unlawful, as is its campaign of bullying to control them.”

“The world will not allow Beijing to treat the South China Sea as its maritime empire,” Pompeo said in an unusually lengthy statement. “We stand with the international community in defense of freedom of the seas and respect for sovereignty and reject any push to impose ‘might makes right’ in the South China Sea or the wider region.”

The announcement marks a stern departure from the Trump administration’s prior policy that maritime disputes between China and its Southeast Asian neighbours be resolved through UN arbitration, taking no position on individual disputes.

ASEAN countries which are claimants in the South China Sea are Brunei, Malaysia, the Philippines and Vietnam. China and Taiwan are making claims as well.

In addition to being among the world’s busiest shipping lanes, the South China Sea is also home to vast gas and oil deposits.

China claims nearly all of the sea under what it calls a “nine-dash line” demarcation and has built man-made islands with military installations in the waters to bolster its claims.

The Trump administration’s declaration comes at a moment of heightened tensions between Washington and Beijing, which have soured dramatically amid the coronavirus pandemic. The Trump administration accuses China of concealing the severity of the outbreak early on after the virus was first detected in the Chinese city of Wuhan in December.

US President Donald Trump has come under mounting criticism for his handling of the pandemic as the US continues to remain the nation hardest-hit by the coronavirus with over 3.3 million confirmed cases and more than 135,000 deaths.