WASHINGTON : Microsoft plans to finish negotiations with ByteDance, the parent company of TikTok, on the purchase of the Chinese-based video-sharing app no later than September 15, reported Sputnik news agency.

“Microsoft will move quickly to pursue discussions with TikTok’s parent company, ByteDance, in a matter of weeks, and in any event completing these discussions no later than September 15, 2020. During this process, Microsoft looks forward to continuing dialogue with the United States Government, including with the President,” said Microsoft in a statement on Sunday.

US President Donald Trump told reporters on Friday that he was planning to ban TikTok, which is a potential competitor for social networks like YouTube and Facebook, from operating in the US, but the president also said that his administration was considering alternative options as well. 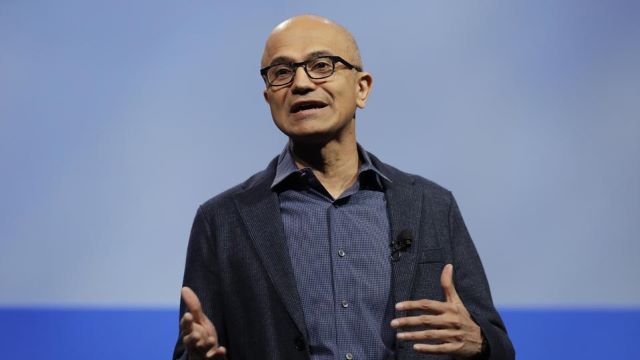 “Following a conversation between Microsoft CEO Satya Nadella (pic) and President Donald J. Trump, Microsoft is prepared to continue discussions to explore a purchase of TikTok in the United States,” Microsoft said in a statement on Sunday.

According to the release, TikTok will be subject to a complete security review and all private data of TikTok’s American users will be transferred to the United States. Transparency will be ensured and there will be government oversight intended to ensure security, Microsoft said.

“The discussions with ByteDance will build upon a notification made by Microsoft and ByteDance to the Committee on Foreign Investment in the United States (CFIUS). The two companies have provided notice of their intent to explore a preliminary proposal that would involve a purchase of the TikTok service in the United States, Canada, Australia, and New Zealand and would result in Microsoft owning and operating TikTok in these markets. Microsoft may invite other American investors to participate on a minority basis in this purchase,” Microsoft said.

Before Trump’s comments regarding a possible ban of TikTok, Microsoft was already in advanced talks with ByteDance regarding the purchase of TikTok.

In early July, US Secretary of State Mike Pompeo said the Trump administration was considering a ban on access to TikTok over privacy concerns. The social media company claims user data is safe and not shared with the Chinese authorities. Meanwhile, Beijing has called on Washington to stop using government mechanisms to pressure Chinese companies.