In the 1.36pm incident, the victim died at the scene when he was run over by a trailer after the motorcycle he was riding had grazed the trailer, causing him to fall from the motorcycle.

Ilancheliyan died from serious head injuries in the accident.Kuala Lumpur Traffic Police investigation and traffic law officer, DSP S. Markandan said the victim was on his way to work and the trailer was heading towards Selayang from the city centre when the accident occurred.He said the victim’s body was sent to Selayang Hospital. 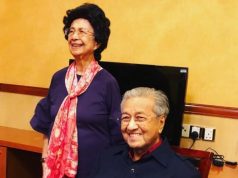 Dr Mahathir reveals his lighter side in TV interview