KOTA BAHARU, March 4- PAS’ move to name the Jalan Kebun Sultan area, here, ‘China Town’ shows its increasing desperation to draw support from the Chinese community in the upcoming general election. Kelantan Umno Veterans Religious Bureau chairman, Assoc Prof Mohd Noor Deris said the Muslim community should be wary of PAS’ tactics as it was willing to do anything to win the support of non-Muslim voters.

He said many quarters in Kelantan, particularly the Muslim community, were getting increasingly uncomfortable with PAS’ tactics in trying to get public support for the party’s struggles.  Mohd Noor, who is a former PAS Central Dewan Ulama member, was asked to comment on the statement by state Local Government, Culture and Tourism Committee chairman Datuk Takiyuddin Hassan yesterday, that the state would declare the famous centuries-old Chinese commercial area around Jalan Kebun Sultan as China Town and to be turned into a new tourist attraction.

“So, it’s not surprising that many PAS members have now turned against the party by supporting Umno, hence giving Umno a good chance of wresting back Kelantan in the upcoming general election,” said Mohd Noor. 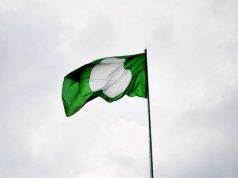