During the visit of the Hon’ble Prime Minister of India Shri Narendra Modi to Malaysia in November 2015, the Prime Minister announced the renaming of the Indian Cultural Centre in Kuala Lumpur as Netaji Subhash Chandra Bose Indian Cultural Centre.  It will be recalled that Netaji Subhash Chandra Bose strode like a colossus across the Malay Peninsula inspiring numerous Malaysians, particularly those of Indian origin, to join the Indian National Army.  He left behind a lasting legacy of courage, inspiration and leadership. Malaysia has the second largest Indian origin community in the world of around two million.

The Indian Cultural Centre, since its inauguration in February 2010, has gone from strength to strength showcasing India’s rich heritage and promoting multi-layered cultural exchanges between peoples of India and Malaysia.  The High Commission of India recently hosted the first ever Festival of India in Malaysia last year with the cooperation of the Union Ministry of Culture and Indian Council for Cultural Relations.  An unprecedented 45 events were held in a span of 100 days in all major cities of Malaysia witnessed by thousands of Malaysians.

The entry for the event is free and you are cordially invited to attend the event with family members and friends.

For RSVP kindly email to: 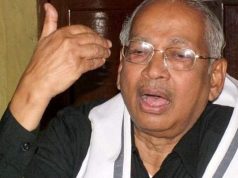 Veeramani’s public talk cancelled due to Memorandum from Hindu NGOs