Worshippers should not only use Christmas Eve to think of Christ in the manger, but also those children “hiding underground to escape bombardment, on the pavements of a large city, at the bottom of a boat overladen with immigrants,” he said.

Thousands of people gathered on Saturday evening in front of and in St Peter’s Basilica for the service. “Jesus was born rejected by some and regarded by many others with indifference,” the pontiff added.

“Today also the same indifference can exist, when Christmas becomes a feast where the protagonists are ourselves, rather than Jesus; when the lights of commerce cast the light of God into the shadows; when we are concerned for gifts but cold towards those who are marginalized.

“Yet Christmas has essentially a flavour of hope because, notwithstanding the darker aspects of our lives, God’s light shines out. His gentle light does not make us fear; God who is in love with us, draws us to himself with his tenderness, born poor and fragile among us, as one of us.”

The Argentinian-born pope frequently speaks out on issues like peace, climate change and migration. Francis has also been labelled a “Marxist” for criticizing unbridled capitalism and calling for a fairer distribution of global resources. He says he is not offended by the label.

Celebrations were due to continue Sunday with the traditional Christmas Day Urbi et Orbi (to the city and to the world) message and blessings, which the pope delivers from the central balcony of the Vatican basilica. 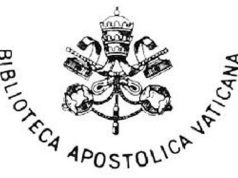