Moscow  – The Russian Defence Ministry said that “no survivors are seen” from the Tu-154 military plane that crashed on Sunday in the Black Sea off the coast of Sochi. The plane, which was carrying 93 people, including a renowned choir to perform for the holidays at a Russian airbase in Syria, crashed shortly after takeoff, Defence Ministry spokesman Igor Konashenkov said in televised comments.

At least four bodies have been recovered from the crash site, with major debris found about 1.5 kilometres from the coast, Konashenkov said. He earlier said 92 people were aboard the plane. The Russian military’s most prominent choir, the Alexandrov Ensemble, was travelling to Syria’s coastal region of Latakia to perform at the Khmeimim airbase, Russia’s main base of operations for its military campaign in the Syrian civil war.

A file photo of a Tupolev Tu-154 plane landing in Friedrichshafen airport, Germany, in July 2002. A Russian military plane of this type has crashed in the Black Sea with more than 90 people on board. STEFAN PUCHNER

The plane was carrying more than 60 musicians, including the choir’s revered conductor, Lieutenant General Valery Khalilov, and nine journalists, according to a list published on the Defence Ministry’s website.

There are “practically no chances” that anyone survived the crash, the Interfax news agency cited an undisclosed source in Russia’s emergency services as saying earlier.

Russia has been supporting its longtime ally Syria with a bombing campaign against militant groups for more than a year.

Last week Russia’s ambassador to Turkey, Andrey Karlov, was shot dead in Ankara by a gunman who shouted Islamist slogans and denounced Moscow’s military involvement in Syria. The most likely cause of the crash was either a problem with the plane or pilot error, state news agency RIA Novosti cited an undisclosed source as saying.

Russian federal investigators have opened a criminal case into the incident on charges of disobeying aviation rules, the Investigative Committee said in a statement on its website.

Designed in the late 1960s and with more than a thousand produced, Tu-154s were one of the main airliners of the Soviet Union and its successor states for decades until they began to be phased out in recent years.

The planes have been involved in almost a dozen major crashes since 2000, killing more than 800 people, including Poland’s then-president Lech Kaczynski near the Russian city of Smolensk in 2010. 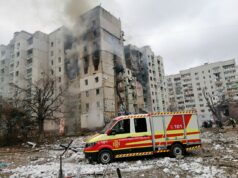