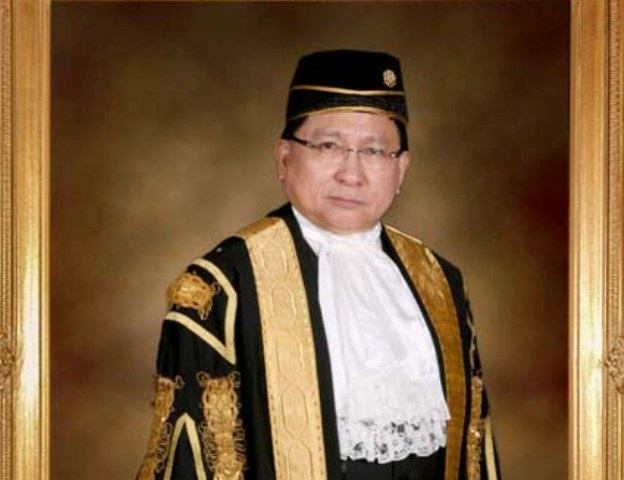 Malanjum, who is former Chief Judge of Sabah and Sarawak, replacing Tun Md Raus Sharif who will resign as the Chief Justice, effective July 31.

Born in Oct 1952 in Tuaran, Sabah, Malanjum had his early education there before completing his secondary education in Kota Kinabalu, Sabah.

He started his career with the Education Department before moving on to several government departments.

In 1972, he graduated from the MARA Institute of Technology (now Universiti Teknologi MARA) in Shah Alam, Selangor as an external student at the University of London and obtained a Bachelor of Laws (LLB) in 1975.

Having obtained a law degree, Malanjum served at the Sabah Chief Minister’s Department and was assigned as deputy public prosecutor at the Sabah State Attorney-General’s Chambers.

He then pursued his studies in London in 1976 and completed his Bar-at-Law study the same year. He was also admitted to the English Bar of the Honourable Society of Gray’s Inn in London.

Upon his return, Malanjum continued his service as deputy public prosecutor and senior legal counsel at the Sabah State Attorney-General’s Chambers.

In 1977, he was a solicitor with the Malaysian Bar, Sabah and was admitted to the Australian Capitol Territory Bar in 1991.

In 1981, Malanjum resigned from his post at the Sabah State Attorney-General’s Chambers and joined a legal firm in Kota Kinabalu where he became Sabah Law Association president. Later, he was appointed as judicial commissioner in early 1992.

Malanjum is the first native of Sabah to have been appointed as the High Court Judge, Court of Appeal Judge and the Federal Court Judge.

In 2006, for the first time since the formation of Malaysia, he became the first Sabahan appointed as Chief Judge of Sabah and Sarawak. Prior to that, the post was held by a British, one from Peninsular Malaysia and several Sarawakians.

Md Raus and Zulkefli resigned from their posts following consent of the Yang di-Pertuan Agong on June 8.

The retirement age for judges is 66.