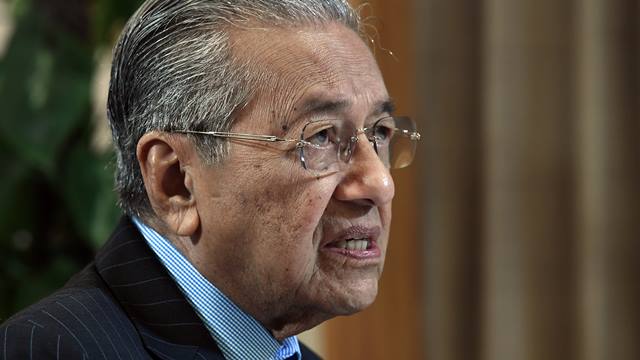 ALOR SETAR — The decision on the appointment of Latheefa Beebi Koya as the new Chief Commissioner of the Malaysian Anti-Corruption Commission (MACC) is final, said Tun Dr Mahathir Mohamad.

The prime minister said the appointment was made just as he had done for other senior officers.

“There is no problem, I appoint a lot of people,  this (Latheefa’s appointment) is just one of them, that’s all… ( the decision to appoint Latheefa) if already decided, it’s final. Obviously I am not going to retract it, then they will say I am making a U-turn,” he said when met at an Aidifiltri open  house hosted by Kedah Menteri Besar  Datuk Seri Mukhriz Tun Dr Mahathir and his wife Tok Puan Norzieta Zakaria at  the latter’s official residence Seri Mentaloon here today.

Dr Mahathir said this when asked to comment on media reports that  PKR president Datuk Seri Anwar Ibrahim was of the opinion that the Prime Minister should  clarify Latheefa’s appointment as the new MACC chief.

Meanwhile,  Dr Mahathir said his relationship with Anwar was still good and that there were no problems between them.

Anwar, he said, had the right to seek clarification on the appointment of the new MACC chief commissioner.