The demonstration was organised by the opposition Labour party and saw its leader, Jeremy Corbyn, urge new Prime Minister Boris Johnson to call a general election and give the people the power to elect their own government.

Holding placards that read “No To Racism! No To Boris Johnson!” and “Rebuilding The Country For The Many, Not The Few”, protestors chanted Corbyn’s name as well as other pro-European Union and pro-Labour chants.

“We have a prime minister who has been elected by the few, leading a party of the few and will represent the few, not the many. It is time that he calls a general election and gives the people a say on who will govern them,” Corbyn said.

“Boris Johnson showed us today that he’s got no plan on Brexit, no plan to rebuild our public services and no plan to tackle the climate emergency. He’s spent his leadership campaign promising tax giveaways to the richest. He’ll work for the few. We’ll work for the many.”

The opposition leader argued that as Johnson was chosen by a mere 92,000 members of the Conservative Party to lead a nation of over 60 million people, he had no mandate to govern.

The demonstration follows Johnson’s first address as prime minister in the House of Commons, where he faced Corbyn, who presented a series of questions regarding his position on Brexit and national policies.

Johnson repeatedly stated that he will take the United Kingdom (UK) out of the European Union (EU) by Oct 31 with no exceptions and that although he is confident of negotiating a deal with Brussels, he is making preparations for a no-deal Brexit.

On Wednesday, the former foreign secretary appointed what has been described as the most right-wing and pro-Brexit cabinet, with Jacob Rees-Mogg the speaker of the House of Commons, Dominic Raab as foreign secretary and Priti Patel as home secretary.

Johnson was elected prime minister Tuesday by the membership of the Conservative Party after receiving 92,153 votes. He has repeatedly stated that he is in favour of leaving the EU without a deal and that the UK will prosper in such a scenario. 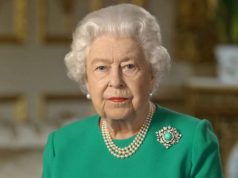 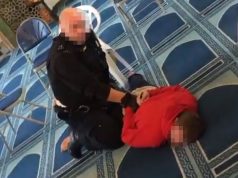