A comprehensive discussion is called for in debating institutionalised racism

I read with great interest and enthusiasm the ideas of Chandran Nair, author, businessman and a think tank founder.

Well, if everything goes well, he plans to establish the Malaysian Anti-Racism Institute or MARI.

Chandran’s focus is on how Malaysians, both Malays and non-Malays confront the question of racial discrimination that has been institutionalised and normalised over the years.

While the former prime minister Mahathir Mohammed talked about the Malay dilemma, Chandran wants to touch on Non-Malay dilemma, after 64 years of the country’s independence.

What is the Non-Malay dilemma?

The non-Malays are accustomed to accept the reality of second-class citizens. Some sections in them believe this is the price to be paid to have a slice of the pie; opposition to this state of affairs might not be an option.

Many non-Malays have resigned to accept the status quo of entrenched and divisive racial discrimination.

The Malays, particularly the elite, are the beneficiaries of the racially entrenched system, some are not aware of the actual situation, but many having benefited, don’t intend to remove the system that feeds them.

This entrenched racism has meant among other things that Malays do not have to compete on equal terms with the non-Malays.

The education system devoid of competition is skewed in the favour of the Malays.

Economic deprivation has unfortunately kept the Malay masses tuned to accept the reality dished out by the Malay elite.

The grand narrative of non-Malay or Chinese discrimination of the Malays has provided the ideological justification for the continuation of the racist system.

The question is: how to dismantle the racist system?

What will be the role of the two respective ethnic communities?

Chandran thinks that the parliamentary elections might not bring about the desired change, in removing the racist system.

Non-Malays should be bold to question their existential status, speak out on racism in non-racial terms and engage with Malays to show their displeasure.

They can write letters and publish stories about their sad state of affairs to reclaim their lost rights as citizens of the country.

Like minded Malays who understand the situation better than others will have to articulate their thoughts that the racist system will not to their long term benefit for it will impoverish them. In other words, both the communities, at least those who are aware, must join hands to fight and dismantle the pernicious system.

The non-Malays must be brave to lash out at the unjust and oppressive racial system.

The formation of civil disobedience movements, protests and others could be the start of such awakening to move away from the institutionalised racist system.

I really have no disagreement with Chandran on the matter of the non-Malay dilemma he is at pains to articulate.

I also agree that move towards non-racist society must be separately and joined articulated by both the non-Malays and Malays.

It must be certainly a joined effort at some point. For the oppressive racist system is harmful to both the ethnic segments. The interests of both the ethnic groups must coincide in the larger interest of the country.

However, the dismantling of the entrenched institutionalised racist system of several decades having its antecedents in the past cannot be removed just overnight.

Yes, awareness is important, but the need to honestly and bravely to speak out against injustice of the system is equally important.

However, attractive is the argument out put forward to dismantle the racist system, I find it has not been contextualised historically.

Without the historical context of the struggles and political movements meant to create a just Malaysian society, the piece by Chandran might run into the problem of duplication.

He is not the first one to argue against the racist system or for its removal, there have been others in the course of the history of this country.

How different is his analysis to others?

Has he forgotten about the left-wing movement in the country? What was its position on the racial system and how it sought for the removal?

Chandran simplistically dismisses the quest for parliamentary power, it is nothing but being confined to the corridors of power, it lacks relevance to the removal of institutionalised racism.

Racism in the country is the outcome of the nature of racial and religious politics that is well entrenched in the institutions.

Removal of the institutions and the ideology surrounding is an Herculean task.

Such a task or historical necessity presupposes a movement or movements or grand political coalitions not just to bring an end to racism but about bringing better and progress society.

The move away from racism needs to be included in the larger agenda of providing an alternative version of a better emancipated Malaysian society.

Racism just cannot be eliminated by developing and sustaining an anti-racist narrative or a dialogue.

A focus solely on dismantling the obnoxious racist system might be counter productive. It has to be integrated in the larger of agenda of progressive reforms.

Years of racism has created divisive forces in the society. In fact, there is hardly any dialogue between the non-Malays and Malays to find a common ground to discuss the matter of institutionalised racism.

The problem with these kinds of resistance is that they are not organised, localised and very often spontaneous. Given this, they are hardly effective instruments of change.

Change must come through organised resistance in the form of social and political movements with the objective of changing the system.

Gandhian inspired overt passive resistances might be important in some contexts but not in others.

It might have effective in India to drive out the British, to some extent effective in the civil rights movement in the USA or even the removal of the apartheid system in South Africa.

I am not sure of the utility of passive resistance in Malaysia.

While Chandran talks about movements, I am not sure whether he was referring to political or social movements.

But he certainly thinks that political movements in quest of parliamentary power might not be the right strategy.

I can understand his predicament with politicians in the country. However, from a broader perspective, no social movements are devoid of politics.

The minute any movement has an objective to attain, then it is political in nature.

I certainly respect Chandran for coming out with a perspective on how to go about in addressing the difficult and sensitive matter of racism in the country. 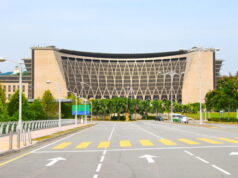 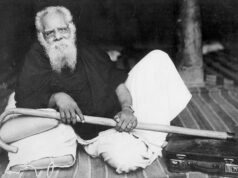