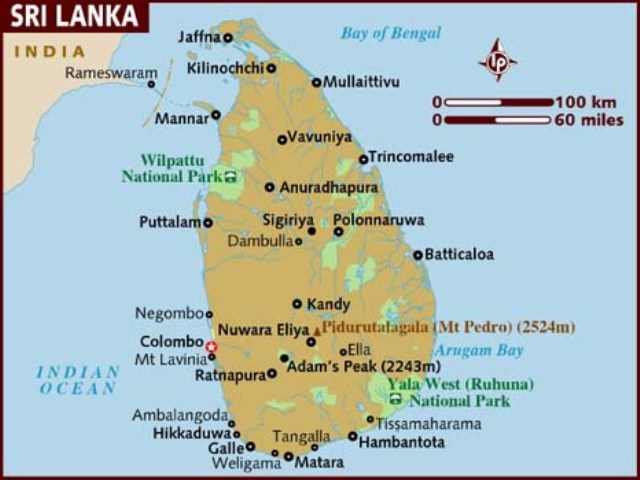 Future of Tamils in Sri Lanka

I wonder whether it is a coincidence or not that the tear drop island state of Sri Lanka is witnessing the worst economic, financial, social and political crisis unprecedented since political independence.

Ordinary people on the streets are expressing their anger in frustration and tears as to their fate in the country.

The recent economic and financial crisis in Sri Lanka that led to the resignation of the cabinet members including the prime minister Mahinda Rajapakse coincided with the with the end of hostilities against the Tamils in the island state 13 years ago.

In May 2009, the three decades of civil war between the government forces and the LTTE ended with the defeat of the latter. More than hundred thousand Tamils mostly civilians in the north and east perished due to the military assault by the Sri Lankan armed forces.

The civil war ended with the subjugation of traditional Tamil areas in the north and east by the Sri Lankan government. Although the fighting was brought to halt there was no prospect to meaningfully address the Tamil national question. The end of hostilities brought not peace but misery in the forms of displacements, detention, the restriction imposed on Tamil movement, encroachment of the army in Tamil areas, the complete lack of accountability on missing persons and most importantly the defiance by the government to offer a peaceful solution to the perennial Tamil question.

International human rights organisations that operated under the auspices of the United Nations failed to convince the Sinhala-Buddhist government of the need to address human rights issues.

Even the call for an internationally supervised referendum fell on the deaf ears of the international community. However, it did not take centuries but only 13 years for the Sri Lankan government run by the dreaded Rajapakse family to collapse under its own weight of economic and financial incompetence.

Basically, corruption leading to economic and financial mismanagement led eventually to the dramatic reduction of the country’s reserves, lack of foreign currency to pay for essential imports such as fuel and fertilisers and others.

The Rajapakse family, the icon of the Sinhalese community in defeating the LTTE, were brought to their knees under the weight of their own inflicted wounds.

Riots and demonstrations brought the country to a standstill.
People stood in long lines to obtain fuel and other basic necessities.

The unthinkable happened; the Rajapakse family, once the darling of the Sinhalese, the majority population, became the most hated family, the primary source of the present troubles.

The people on the streets are demanding the exit of the president Gotabaya Rajapakse, the younger brother of Mahinda. I understand that Mahinda was escorted by the army to be holed up in some unknown so unknown destination in the country probably in Trincomalee, eastern part of the country.

The appointment of Ranil Wickremesighe as an interim prime minister might be a just a stop gap measure because Sri Lankans have no confidence in him.

Extension of credit line by India and China to relieve the temporary shortage of essentials might not be just enough.
The economic and financial crises has brought to fore the major mistakes made by the government that ruled the country under the platform of Sinhala-Buddhist hegemony.

Such a formula had no place for ethnic minorities, such as Tamils and Muslims. These are not small minorities but constitute about 25 percent of the total population.

The Rajapakse family essentially ran the country, family members took over over important ministries and agencies. It was mistaken belief that since the Rajapakse family was credited with the victory over the LTTE, essentially, Tamils, the family developed a false sense of immunity from challenges.

It took 13 years to prove beyond any doubt that the stardom of the family was taken for granted and that they could whatever they pleased including the plundering of the country.

It is not that ordinary people have short memories, but when their very existence is under threat due to the shortage of essentials, then there was nothing to stop them from going against the very family that were once hailed as heroes.

The Sri Lankan crises has brought to surface the urgent resolution of the Tamil national question. The on-going crises illustrates among other things that management of ethnic relations on a democratic and egalitarian manner seems to be an essential prerequisite for the return political stability.

Since the Sinhala-Buddhist hegemonic model has been largely blamed for the present crises, there is need to envision a new model of government predicated on the notion of equality of races and not on the basis of the majority-minority principle. In this regard, since the Tamil question needs to be urgently addressed.
Can there be an attempt to examine whether referendum might be method in which Tamils can have a say in the future direction of the community.

A referendum might allow the Tamils to say whether they want to be part of Sri Lanka or opt out for a new political formation. It need not be either or as other options could be made available in the referendum process.

The United Nations would be an ideal party to conduct this referendum with the support of India and other big powers. Most importantly, referendum offers a democratic choice for Tamils who have long been denied freedom and democracy in the country of theirs.