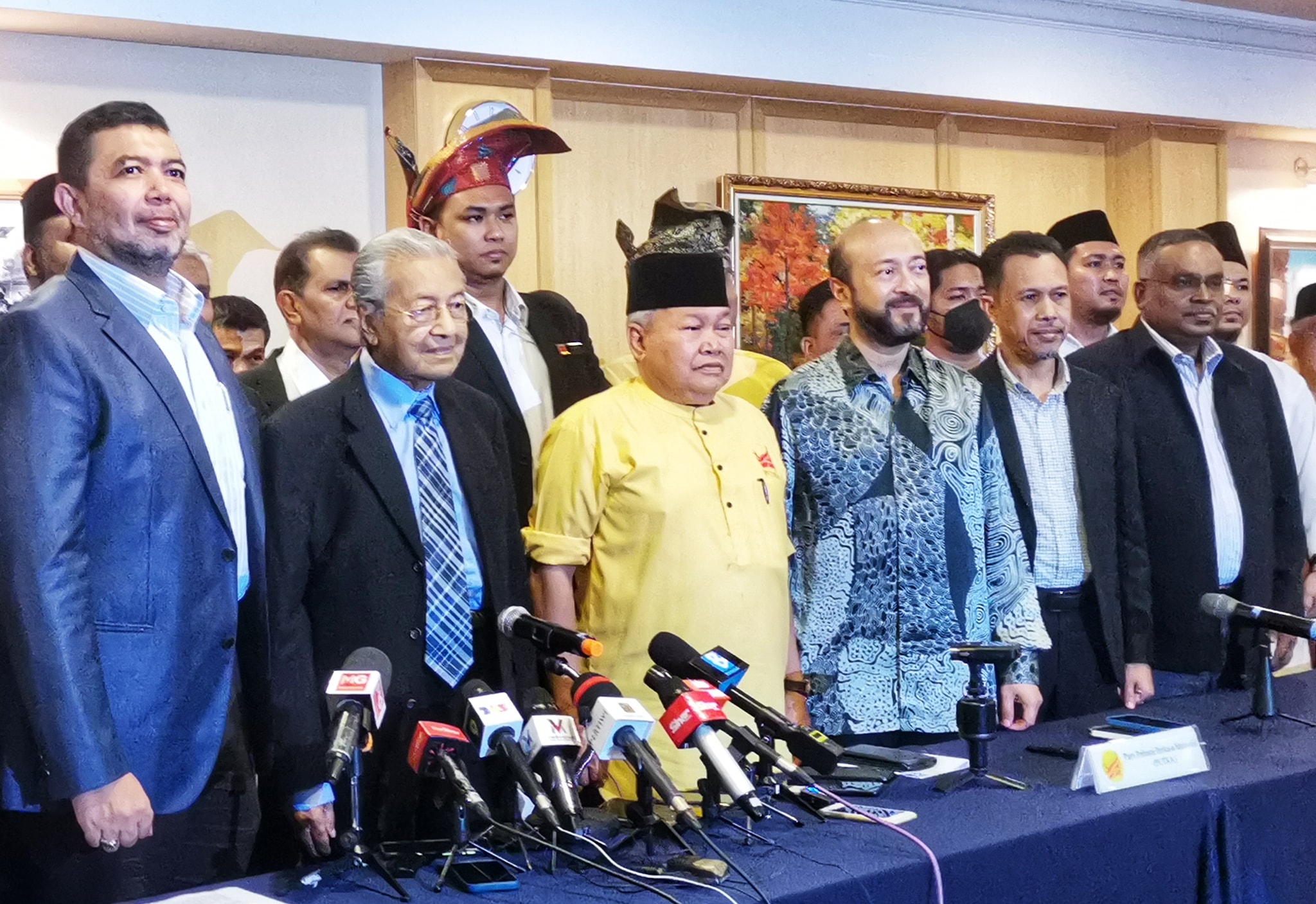 As GE 15 is on the horizon, former twice prime minister Mahathir Mohammed has come up with the grand idea of a Malay-Muslim coalition called Gerakan Tanah Air (GTA).

The idea behind this coalition is to unite the Malay-Muslims in the country against Umno and other Malay parties that have swept aside Malay-Muslim interests.

It is indeed ironical that the idea to unite the Malay-Muslims across the board seems to go against Umno and other Malay parties.

How is the GTA going to explain this glaring hypocritical contradiction remains to be seen.

Why GTA now on the eve of GE15 and not before?

There is nothing much to read deeply into this formation as it is intended to strike deals with Malay-Muslim parties probably in exchange for power and positions.

Of course, Mahathir has not given up the improbable idea of becoming the prime minister for the third time.

For many of us, such a thinking on the part of Mahathir is laughable, but he is dead serious about it.

Maybe there are handful of his supporters who might think of its possibility. The composition of the GTA consisting of some mosquito parties and NGOs might not raise eyebrows let alone influence other Malay-Muslim leaders even to think of cooperation with GTA.

Mahathir might have some influence here and there, but in reality he is seen as spent force in Malaysian politics. Not after his miserable performance as the second term prime minister.

During his first term as the prime minister he was responsible for putting the country on the dangerous path of racial and religious polarisation.

In fact, it was Mahathir who was responsible for the collapse of the popular PH government.

However, having done all this damage, he has the audacity of forming GTA ostensibly to advance Malay-Muslim interests in the country.

Just because few disgruntled leaders gather around him doesn’t mean that they are the representatives of the general Malay-Muslim population.

A leader like Mahathir who was largely responsible for the present ethnic imbroglio should have learnt important lessons of history. He should be proposing a broader multi-racial coalition to unite the country, immaterial whether there is support or not.

But alas, he repeats the mistakes of the past in more devious and divisive manner. As far as I am concerned, the formation of GTA with its grandiose objective of uniting the Malay-Muslims seems more of entertainment news rather than something that needs to be taken seriously.