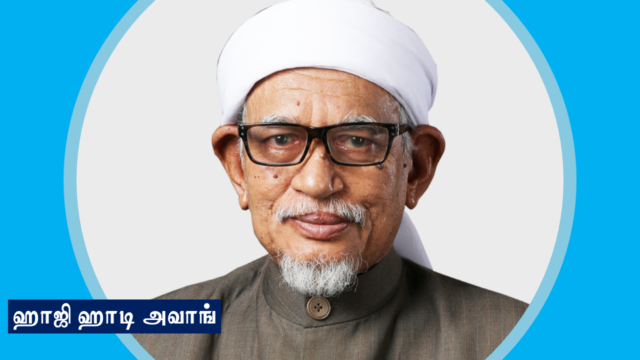 Is Hadi a joker?

I think PAS president and supremo, Abdul Hadi Awang has ran out of ideas to the extent he is constantly making bizarre crude statements. He cannot even use the right metaphor to describe the former PH government.

Recently, he said that the PH government while in power was like an “instant noodles government”.

The whole idea behind the use of instant noodles is that it gets cooked fast, in a matter of minutes in comparison to the use of ordinary noodles.

To say that instant noodles are just as good as uncooked noodles is factually wrong.

The analogy that the PH government was like instant noodles was meant to show it  was not stable or mature government. The indecision on who should be the prime minister was something that might have plagued the short lived PH government.

However, PH government was democratically electedwith the mandate from the people. It was usurped and undermined by Bersatu, PAS, Umno and others.

Was the Sheraton Move that engineered the collapse of the PH government endorsed by the Parliament?

Hadi was one of the prime architects of the collapse of the PH government. Hadi by lying and twisting facts cannot white wash the PN government. Hadi talks as though there is no one more virtuous than him.

Yet without realising he has of late emerged as the most racist and bigoted political leader. I am not sure what has gone wrong with Hadi, he has completely lost sense of what needs to be said.
Blaming the non-Malays as the source of corruption was another instance of Hadi’s utter political nonsense.

Hadi might have lost his sense of purpose and political balance, however such traits do not not give him the room to say whatever he wants.

Perhaps a time has surely arrived that he could be termed as a comedian.

Such a label might predispose Malaysians not to take him seriously anymore.

He might be as good as a court jester.