PSM should be included in PH’s electoral front
PSM (Parti Sosialis Malaysia) has history of working with the opposition. Its present president Michael Jayakumar Deveraj contested and won in the Sungei Siput parliamentary constituency in the 2008 and 2013 general elections under the PKR banner.
He won the seat by defeating the late MIC president and strongman Samy Vellu in 2008.
I am not sure why PSM parted way with PH in the subsequent 2018 general election. Perhaps it had to do with the fact that the party wanted its candidates to contest under its own banner.
Ideologically, PSM doesn’t have much differences with the PH component parties such as the DAP or for that matter PKR. While PSM is a socialist party, the DAP subscribes to the notion of democratic socialism. 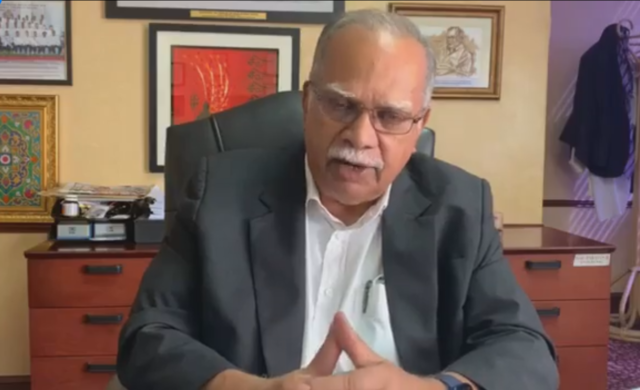 In other words, the advancement of socialism through the parliamentary process as opposed to the other version of revolutionary socialism. Both are based on the principle of advancing the concept of an egalitarian society, although the emphasis might be different.
The PSM is very much a class based party with its emphasis on the emancipation of class exploitation through education, awareness and agitation.
The DAP seems very much focused on the nationality question; whether citizens in the country are treated equally and fairly without being subordinated to ethnic and religious divisions.
The DAP might not be focused to much on the class question because it believes that racial and religious discrimination must be addressed first.
The class issue might be secondary in its overall conception of society. Of course, this has not prevented the party leaders from taking up labour and trade union issues.
The late V. David was a famous trade unionist and labour leader in the DAP.
PSM seldom addresses the nationality issue in the country.
There is a fear that the party might be unnecessarily dragged into the racial and ethnic debate, it steers clear by focusing on the betterment of the exploited classes in the country.
PSM has fought tirelessly in championing the rights of workers, housing for plantation workers and others. Essentially, both the parties despite the differences in emphasis and the personality of leaders want a society that is egalitarian, fair and just for all Malaysians irrespective of their background.
PKR was formed as a result of the split in the leadership of Umno; forces that galvanised under the present president Anwar Ibrahim formed the PKR.
PKR might not have the same ideology as the other two parties rooted in socialism or democratic socialism. But labels notwithstanding, the party is concerned about the issues affecting the poorer segments of the society.
Its leaders do not fail to raise issues poverty, the impact of inflation on the poor and widespread nature of corruption.
PKR is multi-racial party that wants a better society for all Malaysians.
It is not an elitist party like Umno or Bersatu, but party that has an egalitarian notion of what kind of society that is free from corruption and abuse of power.
I don’t think that there are fundamental differences between the three political parties—PSM, DAP and PKR.
Specific differences notwithstanding, all the parties share the common vision of society where the inequality between classes are reduced, the elimination of racial and ethnic discrimination and the reduction of corruption and the abuse of political power.
These traits are in opposition to those political parties in power.
This is the precise reason why PSM should be included in the electoral cooperation with PH.
It is not that PSM has a mass following, but a principled party that might enhance the image of the opposition in denying votes to BN.