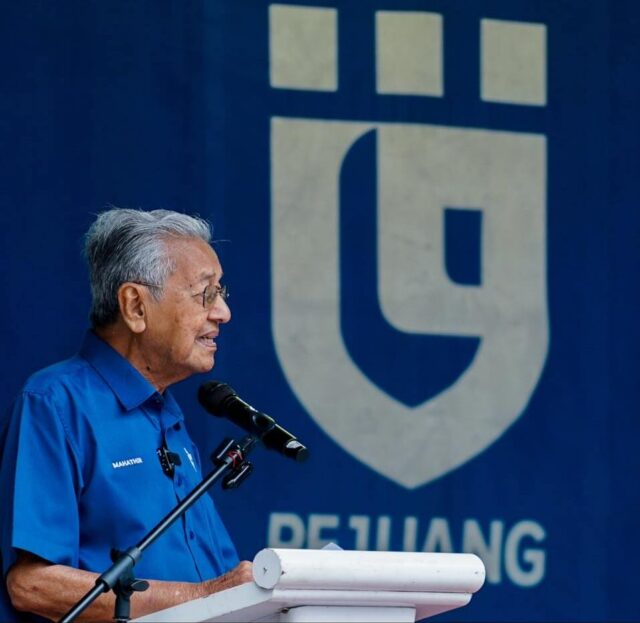 Gerakan Tanah Air (GTA) chairman and twice former prime minister Mahathir Mohammed is sour grapes. Failing to elicit the electoral cooperation of PH and PN against Umno/BN, he has turned against all the coalitions saying that they are not fit to govern the country.

Instead, the best alternative for the future of the country is none other than GTA, a coalition of four mosquito political parties. He said recently that Umno under its president Ahmad Zahid Hamidi can it govern the country because he himself is corrupt as charges are pending against him.

Umno is not interested in the future of the country but merely seeing the coming GE15 as way out of the allegations of corruption against some of their leaders.

PH under its president Anwar Ibrahim cannot be expected to provide a future for the country. Anwar not only messed up the country during the 1997 financial crises, but was too dependent on the DAP.  And not the least, the PN coalition headed by the former prime minister Muhyiddin Yassin does not have the political legitimacy because of its underhand dealings in bringing down the former PH government.

Mahathir thinks that there is still hope for the country. In the coming GE15, the people of this country, tired of the three coalitions, must consider the alternative of another coalition, that is, none other than GTA that he is currently heading.

In comparison to the other three political coalitions, GTA has no baggage of the past. It is free from corruption and provides the best and only hope for the future of the country.

Of course, he was too modest to reveal that if the GTA wins the GE15, he might be the prime minister for the third time. After all he had said earlier that he has the experience and wisdom to manage the country.

The sour grapes element in Mahathir is too apparent. After failing to get the cooperation of PH and PN coalitions, he has embarked on a tirade against them.

If he was the man of high principles, why did he offer the olive branch to PH and PN in the first place. Mahathir’s turning and twisting is indicative of a man who is extremely desperate in politics.

His narcissism to be become the prime minister the third time has overtaken his rational self. One moment he is calling for cooperation of the two coalitions, but at another moment he is attacking them.

His memory is extremely selective. He is considered as one of the worst prime ministers of the country. It was during his term especially the first term that he sowed the seeds of ethnic and religious polarisation among the different races and religions.

Institutional racism was the hallmark of his administration. Yet, despite the havoc he created, he still thinks that he is god’s gift to Malaysia.

I am glad that PH and PN, despite their political rivalry, have on thing in common: they want to distant themselves from Mahathir as far as possible, the source of the political decay of this country.

Mahathir can say this and that, but one thing is certain. He is finished force in Malaysian politics.

Hopefully, Mahathir if he is not to careful, he might be even labelled as the “father of institutional racism” in the country.