Sepang, Dec 31- Malindo Air, Malaysia’s hybrid airline, aims to achieve more than three million passenger target by end-2014, with the opening of the spanking new KLIA2 on May 2, 2014.

Chief Executive Officer Chandran Rama Muthy said: “we’re already touching about 900,000 passengers this month. We aim to touch the first one million passengers by early next year and more than three million by the end of next year.

“As KLIA2 is coming in the pipeline, Malindo Air planned to come in at the earliest in May and with that, we hope to get over three million passengers by putting more aircraft at KLIA2 and in Subang Airport,” he told the media after the launching of Malindo Air’s inaugural flight from Kuala Lumpur to New Delhi by Deputy Transport Minister Datuk Abdul Aziz Kaprawi here Monday.

After New Delhi, the airline would spread its wings to other cities in India, Chandran said.

“Trichy will be our next destination, with the inaugural flight scheduled on Jan 2; Mumbai on Feb 15; and Ahmedabad on March 19; with other cities such as Kochin and Chennai are also on our radar,” he said.

The airline also planned to expand to the second-tier market such as to Amritsar, the Holy City of the Sikh, and Pune by the second half of 2014.

The airline planned to expand its fleet strength to 25 aircraft by next year, he added. 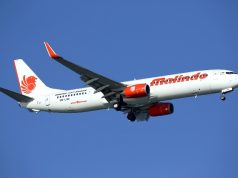