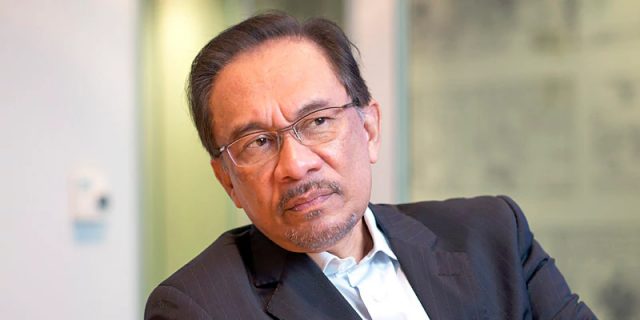 KUALA LUMPUR — PKR President Datuk Seri Anwar Ibrahim is confident with the succession plan which will see him take over the reins from Prime Minister Tun Dr Mahathir Mohamad, saying that it is a done deal.

He said although he found it unnecessary to talk about the transition issue, he could not help but acknowledged that there was a lot of speculations about him taking over from Dr Mahathir.

“I find it necessary to reaffirm the position and express my satisfaction with the ongoing transition process, (because) I see people tend to be very negative, even when the prime minister has reiterated his stand.

“Even with my exchange with Dr Mahathir, I can tell you that I am satisfied, and I do not have any doubt that the transition will take place,” he told reporters after attending PKR central committee meeting here today.

According to Anwar, Dr Mahathir had also been very genuine and frank in their discussions, especially during their weekly private meetings.

At the 5th Bloomberg ASEAN Business Summit in Bangkok on Friday, Dr Mahathir reiterated that he would stick to his promise to pass the baton to Anwar.

When asked whether Anwar was ready for the job, Dr Mahathir said: “It’s not a question of whether he is ready or not. I made a promise and I’ll keep to my promise.”

Meanwhile, Anwar, when asked to comment on Yahaya Ismail’s recently published book on him, said people should not take Yahaya’s opinion seriously as he was a known mercenary writer.

Anwar also said that he had no plan to take any legal action on the author and would leave it to the police to do their investigation.