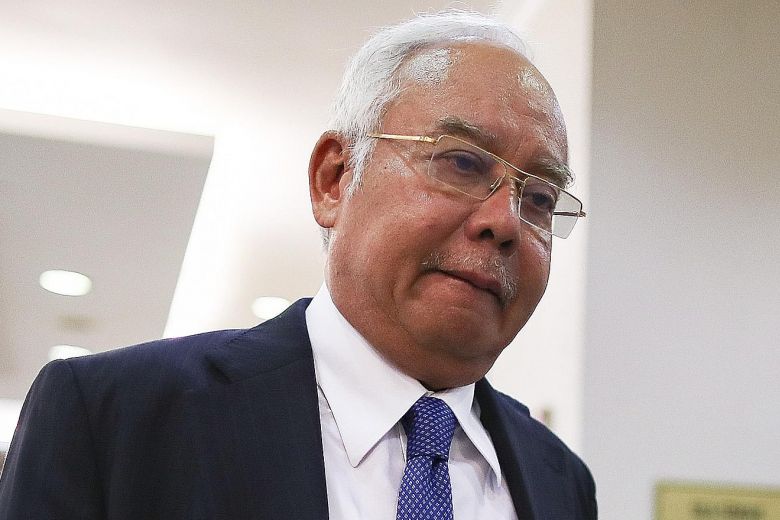 Datuk Rosman Abdullah said the amount was transferred into the former prime minister’s bank accounts ending 880 and 906 in 2014 through two transactions of RM27 million on July 8, 2014 and RM5 million on Sept 10, 2014.

However, the 53-year-old defence witness said, during that time, he did not know that the accounts belonged to Najib.

“When I was remanded by the Malaysian Anti-Corruption Commission (MACC) in July 2015, the investigators also told me the same thing,” he said during the examination-in-chief by Najib’s lawyer, Farhan Read.

Earlier, the witness testified that the RM32 million was transferred from RM170 million which was credited into the account of Putra Perdana Construction Sdn Bhd (PPC), a subsidiary of PPB, between July and September 2014.

He said he was told of the transactions at the time by Jho Low who informed him that the fund was an advance for a contract he was negotiating to be entered into by PPC.

“He said he would ultimately ensure that if the RM170 million was not utilised for the proposed contract, he would ensure that there would be repayment while no liability would accrue to PPB Group.

“As Jho Low was still the beneficial owner of PPB Group at the time, I did not think I had a say in this as long as there was no eventual liability to PPB Group when my buy-out was concluded.

“Prior to my arrest by the anti-graft agency in July 2015, Jho Low came across as a competent and trustworthy businessman and we developed what seemed to me at that time to be a cordial professional relationship. I thought of him also as a micro manager.

“Subsequent to my arrest and remand, and now having what seems to be a clear picture of what happened in the RM170 million transfer episode, I would describe him as a highly smooth and effective scammer in so far as these transactions are concerned,” said the eighth defence witness.

For the record, Rosman is the major shareholder of PPB Group through his wholly-owned company Cendana Destini Sdn Bhd and the company had acquired interest in PPB Group from UBG Bhd (Utama Banking Group), owned by Jho Low, for a purchase price of RM240 million.

The sale agreement was in 2012 but the acquisition was only completed on April 13, 2015 after the purchase price of RM240 million was fully paid.

Rosman said Jho Low was still the beneficial owner of PPB Group at the time the RM170 million came in.