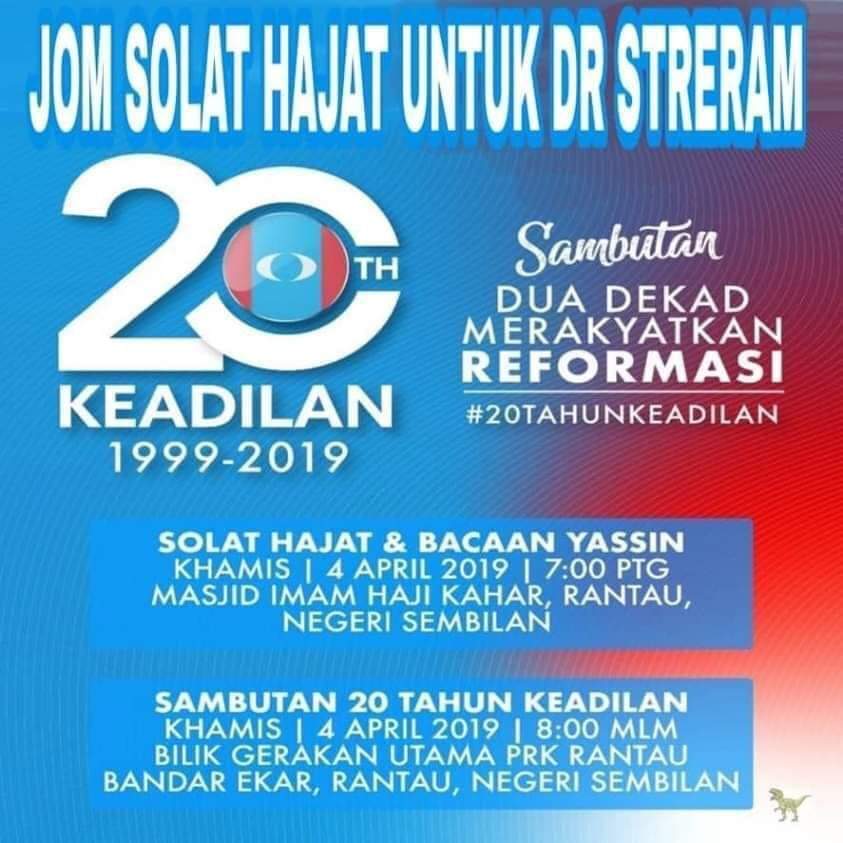 He said it was suspected to be spread by UMNO-Barisan Nasional (BN) cybertroopers.

“The infographic is aimed at playing with emotions and raising religious and racial sentiments that have long been the practice of UMNO-BN and to mislead the people, especially the Malay voters in Rantau constituency.

“It is also to confuse the members of Keadilan and the people who will attend PKR’s 20th anniversary celebration at 8 pm at Dataran Rantau today,” he said in a statement.

In this regard, Saifuddin Nasution, who is also the Domestic Trade and Consumer Affairs Minister, advised voters in Rantau to not to be deceived by the false claims.

The Rantau state by-election, on April 13, will see a four-cornered contest between Dr Streram, Datuk Seri Mohamad Hasan of BN and two other independent candidates namely R. Malarvizhi and Mohd Nor Yassin.