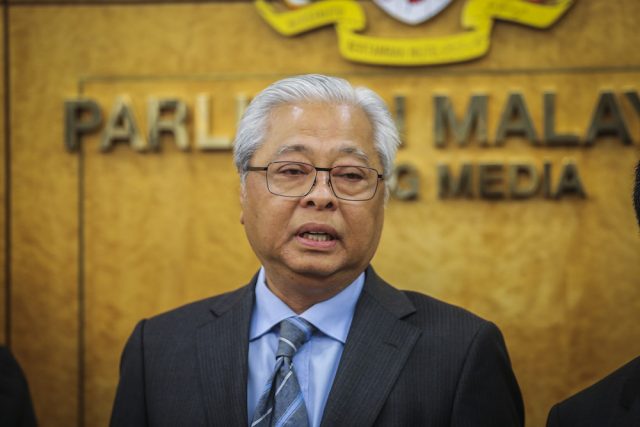 MUAR- Prime Minister Tan Sri Muhyiddin Yassin’s decision to implement a nationwide Movement Control Order (MCO) from March 18 has been described as a “big and bold decision” for the country and the people.

Senior Minister (Security Cluster) Datuk Seri Ismail Sabri Yaakob said it was because, during that time,  other countries were still hesitant to respond and or taking different actions in dealing with COVID-19, even after the World Health Organisation (WHO) announced it a pandemic and as a global health crisis.

Ismail Sabri, who is also the organising chairman of the Embracing New Norms Campaign, said apart from the MCO, the decision to implement the Enhanced MCO (EMCO) in several areas to curb the spread of the disease in the community, had also flattened the infection curve of COVID-19.

“Under the leadership of the Prime Minister, the boldest effort was taken to address the COVID-19 crisis, which was by implementing the MCO, and that decision succeeded in flattening the infection curve of COVID-19 in the country.

“Because of that, Malaysia has also been recognised as one of the world’s top five countries successful in controlling the pandemic, and became one of the exemplary countries in terms of public acceptance of the government’s action in curbing the spread of the disease as recognised by the world community in a global survey,” he said.

Ismail Sabri said that in his speech at the launch of the ‘Embracing New Norms’ Campaign graced by Prime Minister Tan Sri Muhyiddin Yassin at the Pagoh Sports Complex here today.

Meantime, Ismail Sabri said the increasingly careless attitude of the people in complying to the standard operating procedures (SOP) including in keeping physical distancing, wearing face masks and using hand sanitiser, especially in crowded public places had increased the risk of transmission and prompted a new wave of infection, causing the number of daily new cases to bounce back to double digits with the emergence of new clusters.

As such, the government decided to hold this campaign to enhance public awareness and empower them to protect themselves, their families and communities in the bid to help the frontliners in fighting COVID-19, he said.

The minister said all programmes and activities through the campaign will be implemented by all ministries at the federal and state levels.

He said the campaign will also involve the participation of all community leaders, such as penghulu, village heads, temenggong, pemancha, kapitan, tuai rumah, imam and mosque committees, tok batin and religious leaders from every city, town, village and rural area.

“The campaign which aims at disseminating information from the Ministry of Health to the people from all walks of life will involve the use of various platforms, such as the mass media, social media, billboards, roadshows, religious programmes, posters, banners and buntings until Dec 31,” he said.