Whatever happened to Japanese compensation of RM207 billion to victims of Death Railway?

Papparaidu Veeraman of the Malaysian Indian Voice (MIV) has highlighted the case of the RM207 billion apparently paid by the Japanese government to Malaysia as compensation for the 30,000 Malaysians who died in Thailand during the Japanese Occupation.

Out of more than 90 thousand Indians, Chinese and Malays who were forcibly recruited to work on the Siam-Burma only about half the number struggled back to Malaysia emaciated, sick and injured.

Others perished in the construction of the infamous Death Railway due to hunger, thirst, malaria, snake bites and as a result of the harsh and cruel treatment by the Japanese soldiers. 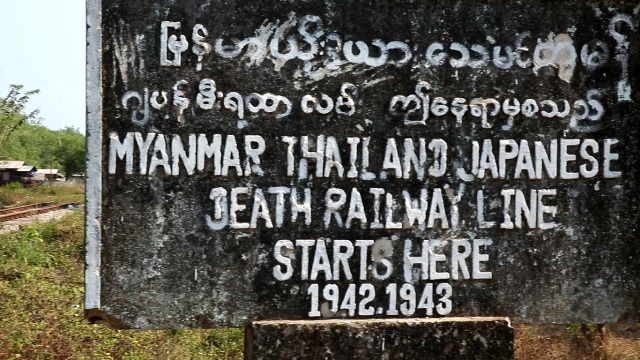 It was virtually hell on earth. No writing or account of their hardship and suffering could ever capture what was undergone not just by Malaysians, but others including captured prisoners of wars.

While I was doing my research for my doctoral dissertation in the 1980s in places like Selangor, Pahang, Negeri Sembilan and other places I had interviewed a number of families who lost their loved ones in Thailand as result of the forcible conscription by the Japanese army.

In fact, very often than not, the Japanese secret police was used to recruit and transport them to Thailand.

It was during this time of war and instability local recruiting agents working for the Japanese exploited local grievances and jealousies to recruit individuals.

If estate staff or kangani was interested in the wife of newly married couple, he would use his influence with the Japanese to recruit the husband so that he could have access to his wife.

Petty jealousies and fights were fully exploited to send workers to work in the Death Railway.

There are numerous tales of the obnoxious and cruel nature of recruitment and how persons who were not supposed to be recruited in the first place were recruited never to come back.

The Japanese forced recruitment affected all, the Indian labourers in the estates, the Chinese and the Malays.  It was on the whole a non-erasable tragedy suffered by the families.

I understand that in the post-war period, there was serious attempt by Japan to compensate the families of the victims.

Following bilateral discussions with the Malaysian government it was agreed that RM207 billion would be paid to 30,000 families, those that lost their loved ones in Thailand.
This amounted to each family receiving between RM2 to RM 3 million.

The money was supposed to have been granted to the Malaysian government in the 1990s when Mahathir Mohamad was the prime minister of the country. It is believed that Mahathir given his amicable relationship with the Japanese might have been instrumental in getting the hefty compensation.

There is another argument that says that the Japanese did not give a financial grant but payment in kind for the purchase of ships.

PKR president Anwar Ibrahim who was ousted from the government by Mahathir had remarked once that the government must explain the whereabouts of the money given.
Although the Japanese Embassy in Kuala Lumpur might not be very forthcoming on this matter, in other words, coming out with a clear explanation.

But on more than one occasion, an official of the embassy admitted that the grant was given but could not say with certainty whether it was in cash or kind.

The man who should be explaining the whereabouts of the Japanese compensation is none other than the two term prime minister Mahathir.

He has kept mum on this subject matter, although I am not sure why he is tight lipped.
It is really unlike Mahathir because he is quite generous with his comments.

Of course, when he was the prime minister, Mahathir traveled to Japan about 51 times according to a former official of the Ministry of Foreign Affairs.

Mahathir had a great liking for the Japanese.

In one of the meetings, he asked the Japanese head of delegation not to apologise for the country’s past atrocities since it was committed by an earlier generation.

I am not sure whether Mahathir refused to accept the compensation from the Japanese government for the victims of the Death Railway.

However, Mahathir’s attention seeking initiative has not meant the full disclosure of the compensation received, when was it, was it during his term in office, what happened to the money, we’re attempts made to distribute the money to the affected families and others.

Well, if the compensation was in kind than what was the money used for, was it meant to buy the badly needed ships or was the money transferred to some other purposes.

It would be significant that Mahathir or any other leaders including the other former prime minister Najib Tun Razak can come forward to clear the matter once and for all.
RM207 billion is not small sum.

While it is impossible to restore the magnitude of the loss suffered by the families, the compensation might be small measure to recognise those individuals who were forcibly recruited and sent to Thailand never to come back.

The Japanese government must not dilly dally the matter. Much time has expired since the time of the disbursement of the compensation.

Surely, as Japan as the donor country responsible for the grave atrocities committed on the innocent members of the working class has moral duty to perform.

The Japanese government has the responsibility to tell the Malaysian public whether the compensation was indeed given, when was this done, who was the prime minister at that time and whether the money was in cash or kind.

The matter of Japan’s compensation for the victims of the Death Railway had been too long in abeyance.

Whether the compensation will ever reach the target families is difficult to answer.

Whatever the case, there is need to bring the matter to a final closure.

Well, if the Japanese government has not paid any compensation yet, maybe now is the time to think seriously about compensating the victims.

Japan cannot erase its sordid past by having an amnesia.

“PM Muhyiddin has no choice but to resign” – Ramasamy