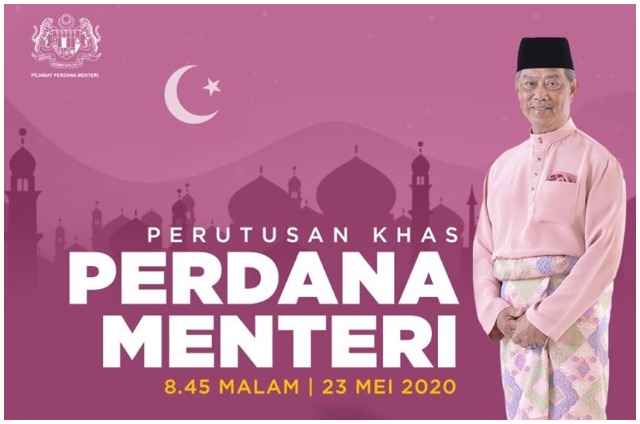 In his special Aidilfitri message broadcast over national television tonight, the prime minister said that although he was not good at singing the song, he would remember every word of the lyrics come Aidilfitri.

“My wife and I and the whole family would like to wish Selamat hari Raya Aidilfitri Maaf Zahir Batin to all Muslims wherever you are,” he said.

For the first time, the Aidilfitri celebration will be observed in the so-called new normal following the implementation of the Conditional Movement Control Order (CMCO) to curb the spread of COVID-19 that prohibits mass gatherings.

In his message, the prime minister also noted that the implementation of the CMCO and the Movement Control Order (MCO) in phases has given wisdom to many Malaysians.

Muhyiddin also shared that during terawih prayer sessions at home throughout the Ramadan month, he had assumed the role of an imam and his son, a bilal, while his wife, other family members and maids became part of the congregation.

“All of this makes sense, after spending the whole of the Ramadan month in the house with family members, many fathers can now become imam, sons become bilal and wives and children as ‘makmum’ (members of congregation). I became an imam at home, and my youngest son Farhan was the bilal. My wife and other family members and maids were the ‘makmum’,” he said.

Muhyiddin said the practice of reading the Quran with family members had become a common occurrence during this period, and he believed it would strengthen the bond of love in the family.

He said that for those who do not have the opportunity to attend Aidilfitri prayers at mosques and surau, the practice of performing the prayers with family members at home should continue as it would bring a sense of happiness and gratitude after having completed the fast.

“Do refer to the guidelines for Aidilfitri prayer and other religious practices provided by the state religious authorities and ulama as well as scholars,” he said.

The prime minister said that although Aidilfitri will be celebrated without the holding of ‘open house’, kenduri (feasts) or the presence of relatives, it should not be used as an excuse not to celebrate Aidilfitri with joy.

“Create an atmosphere of excitement, joy and happiness for the Aidilfitri celebration with family members.

“Similarly, for those who are in orphanages and welfare homes, I am sure many kind-hearted workers and volunteers will strive to create an atmosphere of joy in welcoming Aidilfitri among the residents,” he said. 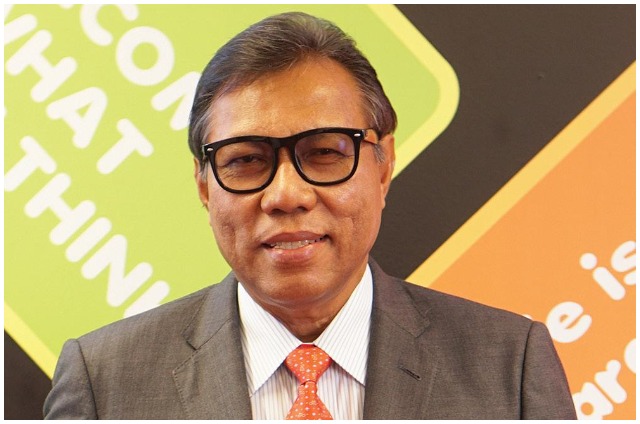