New Delhi (dpa) – A former Delhi University professor was arrested Tuesday for sedition, as protests escalated at another university whose students’ union president was earlier detained for the same charge.

SAR Geelani was charged with sedition and criminal conspiracy for organizing an event in support of Kashmiri separatist Afzal Guru, who was executed in 2013 for his role in an attack on India’s parliament.

The arrest came amid controversy over last week’s arrest of Kanhaiya Kumar, the students’ union president of Delhi’s Jawaharlal Nehru University (JNU), who was also held on sedition charges.

Kumar, who heads a leftist student group, was at an on-campus function that marked the anniversary of Guru’s hanging when anti-India slogans were heard. Police said he was shouting them, but Kumar denied wrongdoing.

Guru was hanged for a 2001 parliament attack, but rights activists said he was not given a fair trial.

Many students at JNU refused to attend classes while teachers joined the protests on Tuesday.

Activists from the ruling Hindu nationalist Bharatiya Janata Party’s student wing and right-wing organizations, which accuse demonstrators of being “anti-nationals,” also gathered near the university for counter-protests. 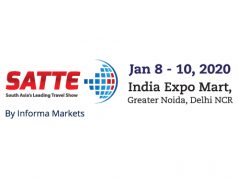