Klang – On his recent facebook posting DAP’s member of Parliament for Klang Charles Santiago argues that the total number of stateless Indians stated as 3,853 by Deputy Home Minister Mohd Azis Jamman may not reflect the actual situation. The following is the full text of his posting:

“It’s called dumb and dumber. Just because 3,853 cases of stateless Indians were recorded, it doesn’t mean that’s the final figure.

My office alone recorded hundreds of applications from stateless Indians over a few weeks, this year.

Just like Mohan, Deputy Home Minister Mohd Azis Jamman must also understand that there are many Indians who are terrified to put in an application fearing imprisonment while others need help filling up the forms.

Many have also given up as the documentation for citizenship takes years and is tedious.

Feedback from non-governmental organisations and activists including our own ground assessment helped us arrive at an higher figure as opposed to what the previous government was floating.

As such it’s irresponsible to say that we were peddling the figure or that it’s a fairy tale.

It’s shameless of the MIC and former Prime Minister, Najib Razak, to twist the story to prove a point.

Firstly MIC failed miserably to get stateless Indians their documents despite repeatedly thumping their chests as the guardians of the community. And to Najib’s UMNO, the Indians didn’t matter as that’s not where the votes were.

A stateless person is denied basic rights in his homeland and has no access to fundamental services such as education and healthcare.

Therefore, instead of nonchalantly dismissing the figure put forth based on the number of applications received, Home Ministry officials must work together with the National Registration Department and go meet the people to get a better sense of ground reality.

This must be a precursor to children and young adults being given their identity cards so that they can go to school and secure gainful employment in the future.

While giving out identity cards to those above the age of sixty is a good start, the initiative can’t just stop there.

Until a proper consensus can be reached about the number of stateless Indians in the country, I urge the Home Ministry to retract its statement.

And instead, to start hitting the ground running to get more stateless people to register with Ministry.” 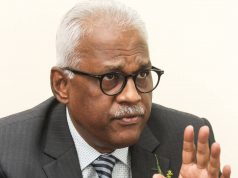 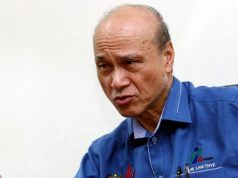 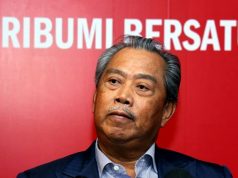